So how does the World and her population change, or even evolve, to accommodate the 2020 groundswell of “woke-ness”? And I am not talking about the Hollywood version of woke… I am talking about the gritty, uncensored, sordid wokeness that would shake the World?

Is the World ready for someone or something to, as Harlem-born Q-Tip rasped and rapped on The Chemical Brothers 2004 offering, to “Galvanize”?? And to, as the Album title suggests, nay urges, to “Push the Button”?

Let me tell you why I think Earth is ready to have her button pushed. But it won’t necessarily be the reasons you may think. Let me explain.

2020 is got some heavy hitting vibrations. 20 itself is enough without having it repeated, reinforced. 20 is comprised of a 2 and a 0. Zero (0) is a story in of itself, worthy of library of books on its existence. It is often thought and felt of, as the existence of God, of Divinity of the Buddhist’s “Formless” (that is if Buddhists were possessive like that … which they aren’t). The Two (2) is all about US. You, me …we the People and how we consider one another.

One may well figure if the Ancient Greeks, scholars and statesmen like Socrates and Plato more than dabbled into Numerology and Sacred Geometry, it is worth looking into and extrapolating this knowledge base into the here and now. Even the Egyptians had some redeemable traits and we still marvel at the legacies of their Culture, History and Cosmic Architecture.  Whether or not the late Dynastic rulers had much to do with the Mastery and Creation of such Other-Wordly-ness is contestable. But it stands to reason that some “advanced” Ancient cultures obviously had an appreciation of Numbers, Balance and Harmony.

Numbers have a resonance, and an energetic suggestion. Some numbers may seem more pleasing than others. All have a vibration, a “feel” and a “season”. Enter the year 2021. But first let us go back to 2020.

2020 is got some heavy hitting vibrations. 20 itself is enough without having it repeated, reinforced. 20 is comprised of a 2 and a 0. Zero (0) is a story in of itself, worthy of library of books on its existence. It is often thought and felt of as the existence of God, of Divinity of the Buddhist’s “Formless” (that is if Buddhists were possessive like that … which they aren’t). The Two (2) is all about US. You, me …we the People and how we consider one another.

20 with 20 means double the intensity of the Divine’s presence in each and every person’s lives. Can we see the Divine in each other? Can we see the efforts each of us attempt (or not) to acknowledge the Divine Spark within ourselves? The sum of 2020 (20 + 20) is 40. The Four (4) is often thought and felt as Stability – but Stability can easily become a Prison if one lets it. We still have the Zero (0) so God’s presence is definitely still at the forefront of the year’s flavour, but it can be more of being in a holding pattern – with the Earth being held in the proverbial “palm of his hand”.

So, we now have 2021. What does the introduction a One (1) do to the resonance of this year? It breaks open the cell or allows the holding pattern to be released. The Sum total of the year is therefore Five (5) and often written about as a year of CHANGE, of movement, of FREEDOM and GROWTH. You see, of all the numbers, and therefore vibrations, we have 9 BASE energies, allocating the Zero (0) as the timeless, formless.

1, 2, 3, 4, 5, 6, 7, 8 and 9 make up the repeating cycle. Five (5) is directly in the middle of the sequence. And years, go in sequence, chronologically – as dictated by linear Space time-based reality. So, whenever we find ourselves in a mid-point cycle of a Five (5) we can expect a mid-course correction. Some subtle, some much more obvious. 2021 (summed as 5) is an opportunity for the Earth and her people to cross a threshold, to CHANGE, to break from the holding pattern of 2020 and learn what we need to learn so we may GROW.

There is no coincidence that we have the World Economic Forum drain plug being pulled at the moment, which in truth, has been foreshadowed over the last 30 or so years. In contrast to this phenomenon is the uprising of Truth Seeking, WikiLeak-ing, Neo-Neo-Nationalism, Trump-ism, MAGA, BREGET-BREXIT and other European Brussel sprOUTings. Throw China’s dubious economic relations between the Dragon’s trading partners and the fracturing of the people of Hong Kong – all these occasions show a World unhappy with more Governmental controls and directives. And I am not even touching C_O_V_I_D.

The holding pattern of 2020 gave EVERYONE the opportunity to digest the state of the World. There can be no excuses for ignorance. The NWO that Poppy Bush declared all those years ago is coming to be in less vague terms with each passing year. With ever increasing controls and regulations on Government Spying, Big Tech monopolies, assaults on Free Speech, increasing Censorship, Social Marxism and suffocating Cancel-culture, the options are clear as the lines are drawn. If you haven’t woken up and smelt the Coffee, I hope you will. Soon.

So, it is the Soros-backed SJW lockstep with the faceless suits of Davos’ Great Reset Vs the brash, MAGA-inspired planet-wide grass-roots Great Awakening. In the year 2021 it could be both…but it won’t be neither. Something will break open and the perfume will be spilt. It is up to the individual, the ONE (1) of 2021 to choose. A direction WILL. be presented, that is what the energy of 2021 is showing. It may not be the complete picture, but it will be a release from 2020.

Our life is a life of free will, so that we may learn. One can accept that or not. 2021 will be a year of experience and one of learning. The quicker one learns the better. Choose wisely. 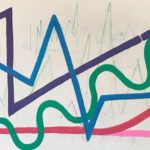 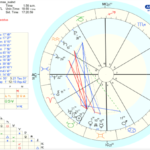 Sean Michael White helps enliven extraordinary people temporarily hemmed into ordinary lives, guides Aspirants, facilitates Meditations and addresses key themes in the process of individual and social change. Other than celebrating Life with his closest family and friends in the many Forests and Beaches of Queensland, Meditating, Self Healing, Painting and Writing, he can be also found in his clinical practice, Acquiesce, in Buderim on the Sunshine Coast. 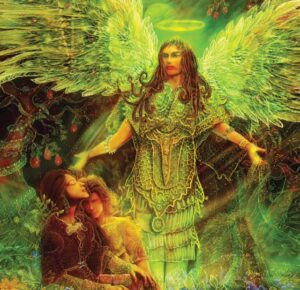 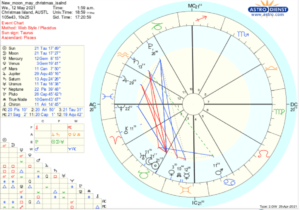